"GREAT FALLS"  An original oil painting on a 12 x 24 inch hardboard panel. The original painting is available through my studio.  Contact me.  This oil painting was challenging to create the atmosphere, ... the transparent mist that filled the canyon. I'm just in awe when I see any waterfall that has a large volume of water going over it. The Power! Rock breaking!  I love waterfalls and I miss the small but beautiful eight foot cascade in my back yard on the river where I lived in Vermont for twenty four years. Just around the river bend was an 18 foot waterfall... not big, but beautiful and a great place to cool off under in the summer! 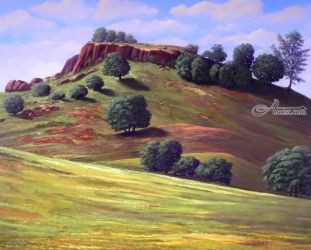 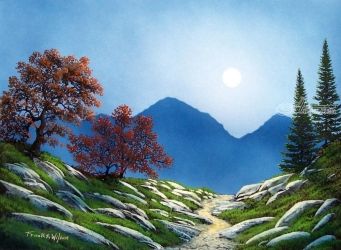 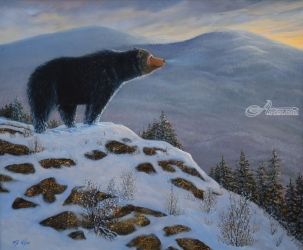 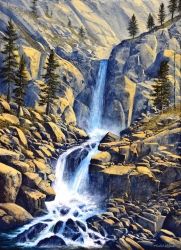