When in the World of Fantasy comes to purple fog, then it is known that this is a magic obstacle, behind the fog is some being whose influence should be limited as little as possible. I thought of the wizard of Cirilo Bum, only he could have made such a strong blockade. - I see you've met with area politicians, my apprentice - suddenly I heard a voice behind me. It was the Cirilo Bum, which, as always, unexpectedly appears anywhere. - Politicians? - I ask him - I did not hear that there are such beings in the World of Fantasy, it is probably some demons that eat people, awful creatures that spread evil and suffering. "Let's get behind the obstacles to see them personally," said the old wizard, "you will be under my protection all the time. Immediately after the magic blockade, I heard some voices, quarrels, and controversy. The noise came from a large building similar to the old hospital, located on a small hill. - The inhabitants of the World of Fantasy have made a wise decision a long time ago that politicians should be removed from public life and placed in an isolated place - he spoke to me as we approached the large building - long ago, politicians led our world, passed laws and managed our community, but it quickly proved to an ordinary resident of the World of Fantasy of their action has no use. On the contrary, laws acted as rocks on their backs, hindered free life, their decisions often led to wars, politicians are - unknown why - spreading intolerance and hatred between the creatures just because they were born differently. - Incredible, what a monster! - I said angry and looked through a window to see those creatures - monsters. To my surprise, I see external appearance quite normal beings, with a big mouth - beaks, big eyes, no ears, how they argue and pronounce sentences with many foreign words. I listened to them for about half an hour, they began to repeat the same phrases, they emphasized that there are enemies of their way of life which should be prevented, individuals have pointed out that it is necessary to work even more for the benefit of the World of Fantasy, and that in an unspecified future everyone will be better off. "It is interesting that these are members of various kinds - keep up their story of Cirilo Bum - but with time spent together and dealing with politics, they all become the same: they develop their mouths - the ones they use the most - in a big beak with which can badly hit per other politicians. Their big eyes only serve them to see the danger of their position. Ears are not used and are completely stunted, the problems and the misery of the unhappy people do not reach them. - It was interesting to me with how much enthusiasm they made their point, not saying anything concrete, out of them the feeling of self-importance came out. They often emphasized that it was necessary if you want to find the best solution, another discussion. I asked the old wizard if they knew their fierce debates were useless. "Of course they do not know," said Čirilo Bum - there are several fake cameras that they think they're recording, that their shows are broadcast live on television for the World of Fantasy. This fulfills them with pleasure, with pleasure much higher than the salary they receive. - Salary? - I'm surprised at this information - these useless characters here only beat up an empty straw. - The damage that their salaries make the cash register of the World of Fantasy is negligible compared to the damage that politicians could make to let them go outside to spread their attitudes. Here behind the magic obstacles, they are happy, the World of Fantasy without them has a chance to thrive - concludes this story old wizard.

A marginal artist, amateur, outsider, freelancer. I love art, if it is original!

Look at my art, read my stories, you will love it! I sell many of my works, ask me, I will tell you the price and delivery price!

The story of the dragon who
ate the goldfish, amateur art,
naive artwork 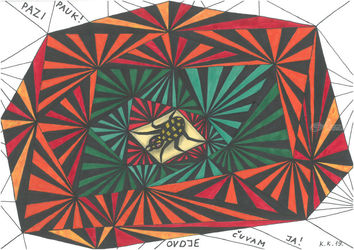 An unusual insect from the
World of Fantasy, an amateur
drawing, or outsider art 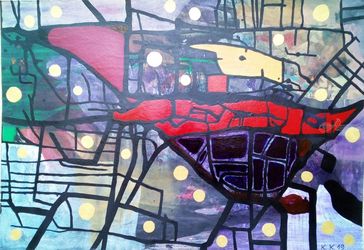 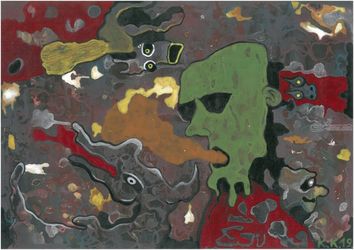 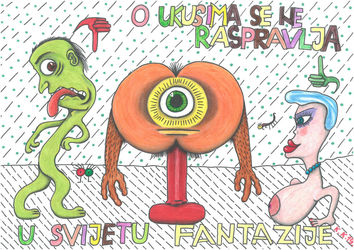 About tastes is not discussed
in the World of Fantasy, an
amateur drawing