"Trailside Waterfall" is a new hand printed woodcut print. Image size is approximately 8" x 10" and depicts a waterfall along one of the many hiking trails in Western Pennsylvania. Black ink on white mulberry paper. Signed in pencil and numbered as an open edition. Purchaser will receive the lowest available edition number. I am a graduate of Carnegie Mellon University in Pittsburgh and have taught printmaking and papermaking at Pittsburgh Center for the Arts for over 20 years. I've also taught at Seton Hill University, Carnegie Mellon University pre-college program, Carnegie Museum of Pittsburgh, and have lectured and given demonstrations at museums,schools, and arts groups throughout Western Pennsylvania. I've exhibited widely throughout Pennsylvania, and my work has also been in national shows in New York City, Ohio, Maryland, Virginia, Washington DC, Illinois, and Nebraska. I

Trailside Waterfall was created by artist Thomas J Norulak in 2014. This art piece , which is part of the Woodcuts portfolio, is a Printmaking artwork. The style of this artwork is best described as Expressionism. The genre portrayed in this piece of art is Landscape. The artwork was created in Ink. The size of the original art is 8 (inches) H x 10 (inches) W.
Words which artist Thomas J Norulak feels best describe this work of art are: landscape, woodcut, black and white, waterfall, pennsylvania, pittsburgh artist.

Born and raised in Newark, New Jersey, Tom Norulak attended Carnegie Mellon University and received his BFA degree in 1971. After living in Philadelphia for about 5 years, he returned to Pittsburgh in late1977 and has made Southwestern Pennsylvania his home ever since.

During the 1980’s Tom established a successful commercial screen printing business.  He began his active career as an exhibiting artist printmaker during the early 1990’s. His work has been exhibited throughout Pennsylvania as well as in selected national shows at well respected galleries, museums, universities and art centers in Ohio, New Jersey, Maryland, West Virginia, Virginia, Illinois, Nebraska and Washington DC. He has taught printmaking at Pittsburgh Center for the Arts for over 25 years.  He has also taught at Seton Hill University, Carnegie Mellon University Pre-College program, Carnegie Museum of Art and has been a guest instructor and lecturer at other schools and local art groups.

While etching is his primary medium, he also works in woodcut, screenprinting, papermaking and watercolor. 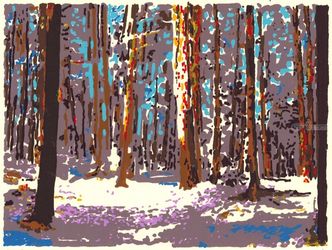 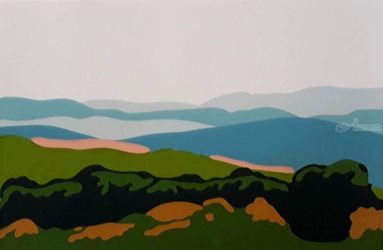 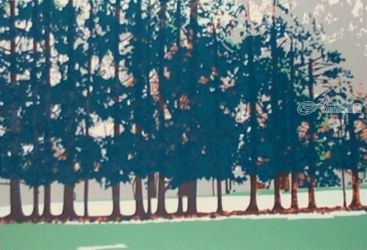 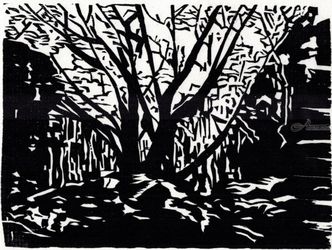 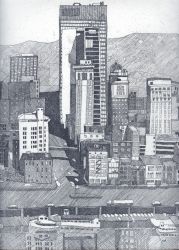